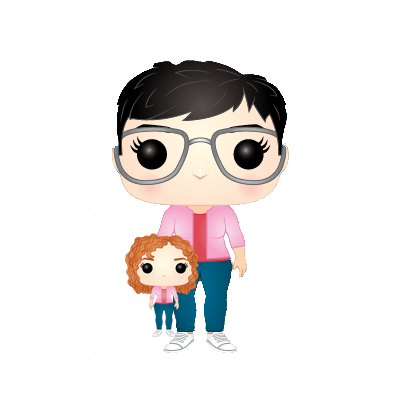 It’s been about two months since things came to a grinding halt. We initially thought it was going to be two weeks longer than the planned March Break. But, in some ways for the best, we’ve been trying to learn from home.

Kiddo has been doing well. She misses the heck out of interacting with her classmates. We’ve been lucky that we have an excellent special education team in her class, and all of us love them.  They’ve kept in touch and have been providing materials to work with her on.

One thing I’ve noticed is she loves the Cbeebies Numberblocks and Alphablocks. She’s actually made huge strides in counting and phonics with them. They keep her attention for more than 5 minutes and I’ve turned to the wonders of eBay to get her some toys and workbooks (shhh, she doesn’t know yet)

It isn’t without its challenges, but we have all learned to adapt each day to what is going on. With everyone in the family being on the spectrum, it’s another set of challenges that we had to overcome. But we’ve done it, and overall I think we’ve done well – for both having to deal with being neurodiverse and not being educators.

I’m hoping to update on what we’ve been doing soon, I’m just waiting on some technology that I need to get here… And that’s its own frustration.

Take care of yourselves and I’ll be back soon as I can.